The old Shaker Heights Service Station is being restored near Shaker Village of Pleasant Hill. All photos by Keith Rightmyer. 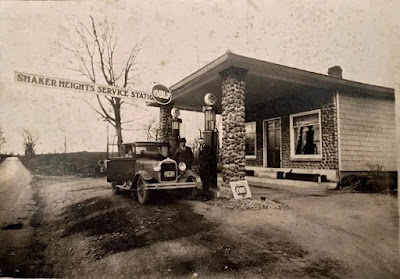 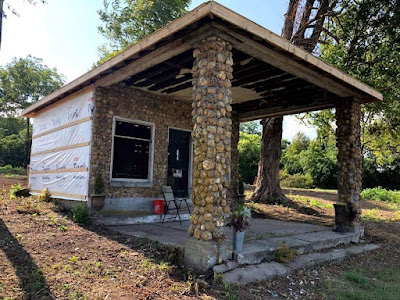 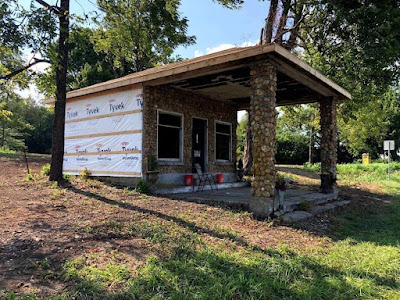 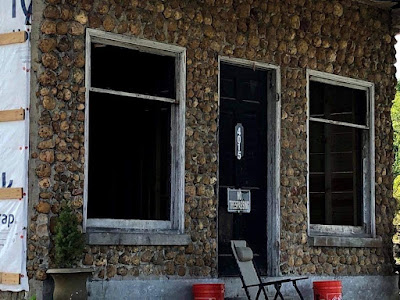 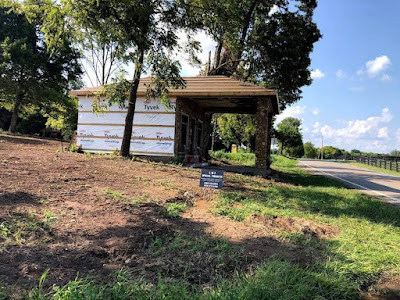 Photo by Jerry L. Sampson
The above photograph and the following description are from the Harrodsburg Holiday Homes Tour 2013:
"In 1836 Josiah Wilson, Isaac Gray, and Abram Whitenack gathered around a fallen tree to discuss their community’s need for a place of worship and prayed for guidance from God. Over the stump of that tree, in 1851, on land donated by Cornelius VanArsdall, Wilson, and Whitenack, Mount Pleasant Church was completed over a period of years. Taking the initial membership of 57 from the New Providence Presbyterian enrollment, the congregation flourished.Before the Church could be completed, Josiah Wilson’s son, David, drowned in the Salt River. He was buried first at his father’s home and later the body was removed and re-interred at Mt. Pleasant, becoming the first grave in the cemetery. The cemetery is also the final repose of numerous Union and Confederate Veterans.
An excellent example of rural ecclesiastic architecture, the builders would feel perfectly at home there. The frame structure maintains its original pews and floors and features two front doors, said to be separate entries for men and women. Accordingly, the sanctuary is further divided down the center by a low wall. Lovingly preserved by the present congregation, additions in 1984 and 2005 give the edifice its present appearance. Recently, the sanctuary has undergone an extensive restoration in 2013. Now as then, members of the congregation have done much of the work and labor. Make special note of the original communion plates and the communion table and pews, which were made near by, from old growth timber and are original to the building."
at November 15, 2021 No comments: 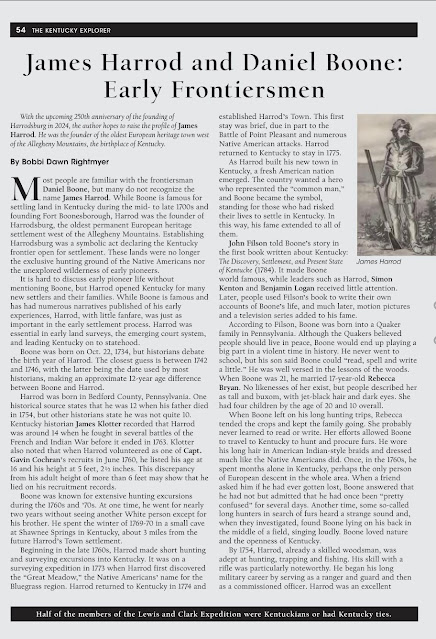 My newest story was published in the November 2021 issue of Kentucky Monthly Magazine - James Harrod and Daniel Boon, Early Frontiersmen. 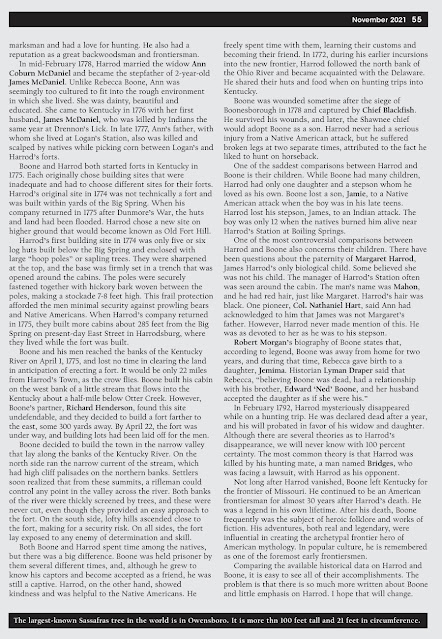 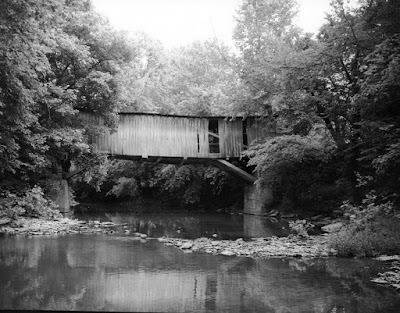 This is the Forsyth Mill Covered Bridge, which crossed the Salt River on Vanarsdale Road until it collapsed in 1955 due to years of neglect. (Date of photo unknown.)