At the turn of the 20th century, small service stations were located all over America. This one featured below, Shaker Heights Service Station, has been a beloved site along highway 68 near Shaker Village for many years. 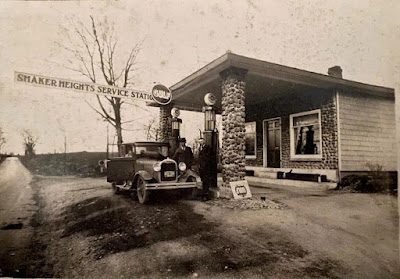 Now, this old building is getting a facelift. Still uncertain what is going to happen at this site, but the possibilities are endless. 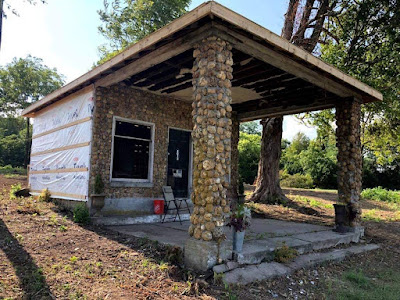 This type of station was built all across the state of Kentucky beginning in the 1920s. In order to attract customers - and in towns to fit into local neighborhoods - the design of the gas station resembled a small house. Standard Oil introduced a prefabricated prototype of the house with a canopy type in 1916. 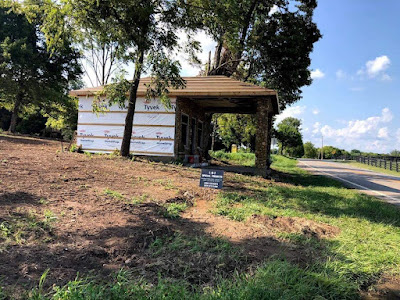 The canopy, which would have sheltered the gas pumps - long gone - is formed by an extension of the hipped roof. 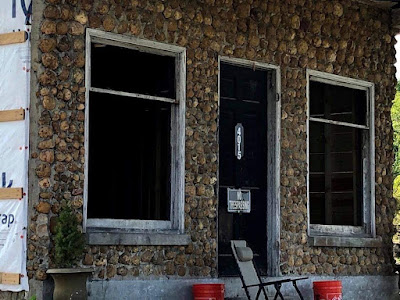 The inside of these early canopy houses was simple - an office, a supply room, a men's and women's restrooms. This station follows that format, with one room in front, and three small room divisions behind it. There is a small brick flue for a stove. 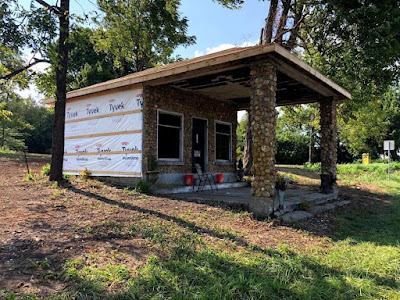 The facade of the tiny building is just three bays wide, with a central door flanked by two large windows. A single step is located at the front of the door. Exposed rafter tails are visible on the underside of the canopy.