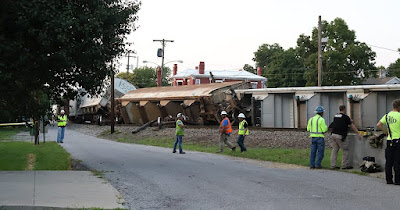 Photo from The Harrodsburg Herald
On Thursday evening, July 22 at approximately 5:15, a train passing through Harrodsburg suddenly had a massive derailment just past the Alexander & Royalty Funeral Home. Law enforcement and railroad personnel on the scene said the main focus was on clearing the capsized cars and determining the condition of the tracks. Cornishville Street and West Lane were the only available crossings, according to the Harrodsburg Police Department. 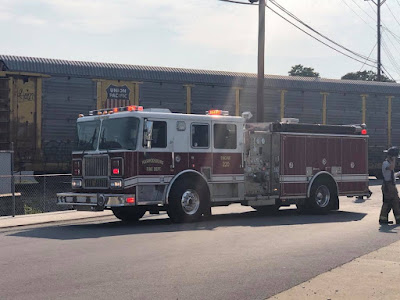 Photo by Keith Rightmyer
“Around 5 p.m. this evening a Norfolk Southern train derailed seven cars in Harrodsburg,” said Jeff DeGraff, Norfolk Southern Media Relations. “The cars are reported to be empty and there were no injuries.” 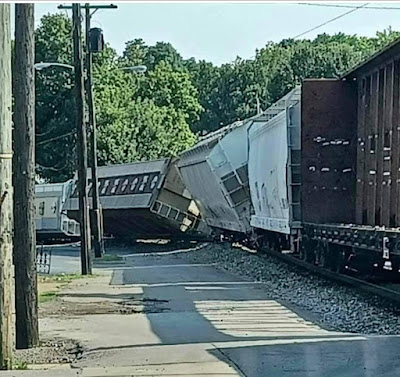 Photo from Facebook (unsure of original origin)
“Norfolk Southern crews and contractors are assessing the situation and beginning repair work,” DeGraff said. “At this time, the cause is under investigation.” 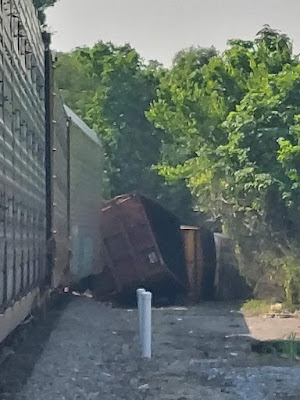 Photo from Boston's Way Food Truck at Lemons Mill
In 2017, Norfolk Southern replaced every railroad crossing in Mercer County. At that time, up to 27 trains traveled through the area every day, according to the Kentucky Transportation Cabinet. Last year, the railroad struck a deal with the City of Harrodsburg to close the crossing on Broadway Street. 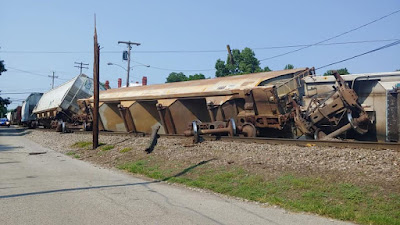 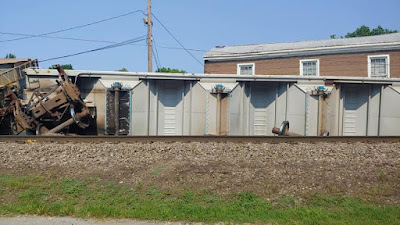 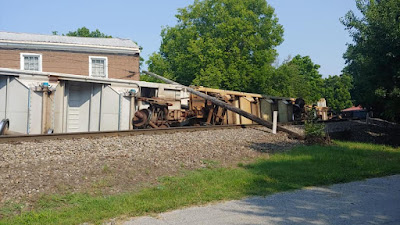 Photo from WLEX-18
Josh Crager posted this drone footage of the capsized train cars on his YouTube channel.
at July 23, 2021