Wow! I found this letter from Robert McAfee regarding the first child of European heritage born in Kentucky. 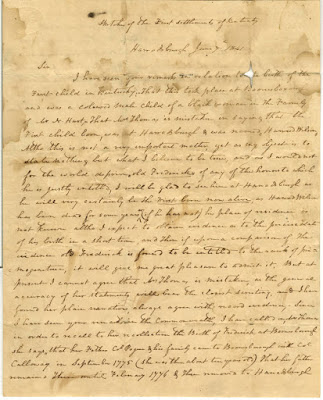 Kentucky Historical Society
According to the Draper Manuscripts - the premiere, primary source for pioneer history - they interviewed Elizabeth Pogue Thomas (daughter of Ann McGinty). She ascertained the interviewer that Harrod Wilson was the first child of European heritage born in Kentucky and he was born at Harrodsburg.
However, according to Collins' History of Kentucky, there were three possibilities for the first child:
1.) Elizabeth Thomas arrived at Fort Boonesborough in September 1775 and her family moved to Fort Harrod in February 1776. She said Harrod Wilson was the first child born in Kentucky. She stated the baby was about six months old when her family arrived at Fort Harrod in February 1776. He was the son of Hugh and Christina Wilson and was born in the fall of 1775. Christina Stagner Wilson was the daughter of Barney Stagner, who was keeper of the spring at Fort Harrod. Hugh Wilson killed on March 7, 1776 and almost immediately, Christina married James Berry.
2.) Chenoa Hart was the daughter of Nathan Hart (and one of his slaves) and was born at Hart's Station (one mile from Boonesborough), but no date of birth given. Thomas' recollection of her time at Boonesborough was that the "colored woman" of Hart had no children while she lived there.
3.) William Hinton was born at Harrodsburg, but no date was given, and he died in 1838. I have found very little information on this person.
We may never know exactly who the first child born in Kentucky was, but I believe Elizabeth Thomas's first-hand account. There is quite a bit of information available on Harrod Wilson. 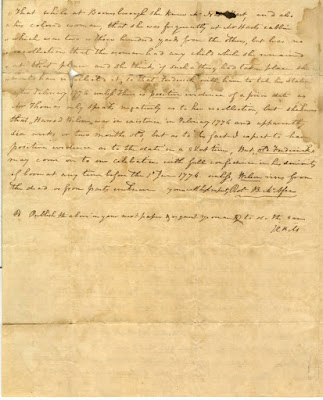