The following photos are by Clay Lancaster and they show the log home and smokehouse from the Bowman Station farm near Burgin, Kentucky and were taken in 1981. 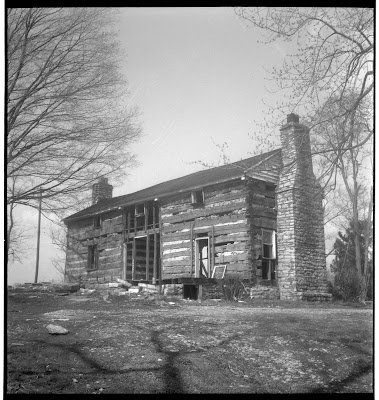 Col. John Bowman first came to Kentucky in the spring of 1775. In the fall of 1779, Col. John Bowman and Col. Abraham Bowman were instrumental in the founding of Bowman's Station on Cane Run in present-day Mercer County. Originally housing seven families during the "Hard Winter" of 1779–80, the settlement grew to thirty families during the next year. Bowman's position was reaffirmed by Governor Thomas Jefferson and he used the settlement as his base of operations. He was often traveling to organize the defense of Kentucky County 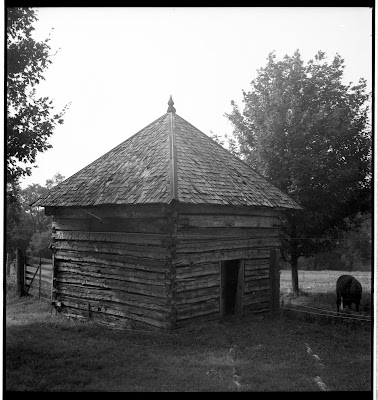 Photo by Clay Lancaster
Smokehouse from the John Bowman Station
The first county-lieutenant and military governor of Kentucky County during the American Revolutionary War, Col. Bowman also served in the American Revolution, many times as second in command to General George Rogers Clark.  They fought together during the Illinois Campaign, which, at the time, doubled the size of the United States. 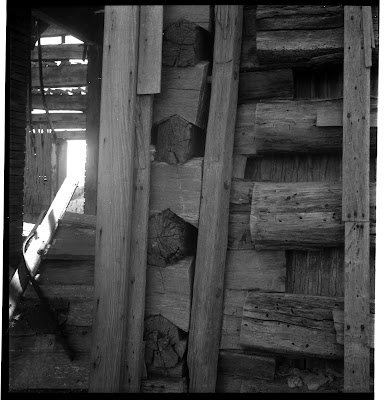 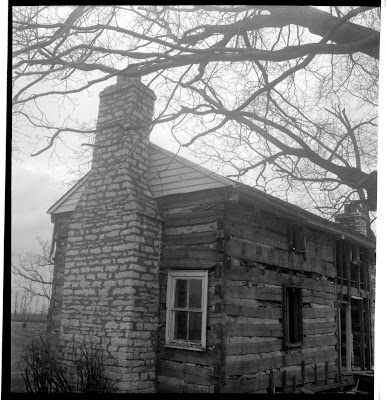