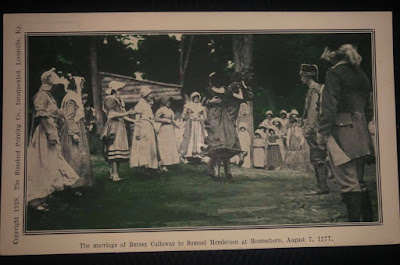 Can we do it again?

The Harrodsburg community came together in 1924 to sponsor an elaborate celebration for the 150th anniversary of the town. Because the replica of Old Fort Harrod was still only a dream at this time, the celebration was planned to be held at Graham Springs Park, next door to the new Graham Springs Hotel.

Advocate-Messenger, June 14, 1924
The play, "Pageant of Kentucky's Historical Past", was a huge production with dozens of actors portraying historical characters. Written by Mrs. W. T. Lafferty and Maude Ward Lafferty, reprinted copies of the play are still available online. 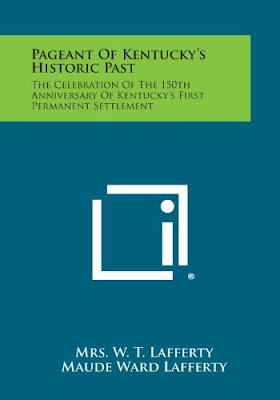 Photo from Amazon.com
A huge stage was built - 150 x 300 feet - and there was a blockhouse constructed on each end - the backdrop was a wooden stockade. There were 200 boxes made to seat 6 people each and 4,000 reserved seats. In totality, there was seating for 10,000+ people. Because Harrodsburg owned its own electrical grid, the setting was lit with huge spotlights on the stage. 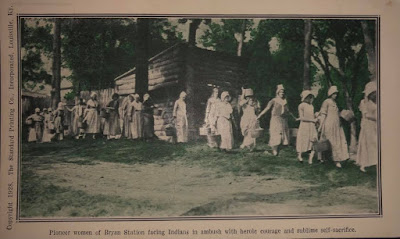 Historic postcard from 1924
This was truly a community effort! Can Harrodsburg come together again for another huge celebration in 2024?
at June 18, 2021