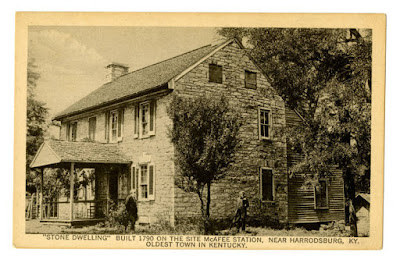 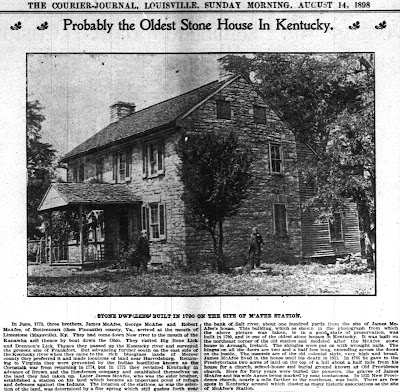 Courier-Journal August 14, 1898
James McAfee, built a stone hall-parlor house on the site of McAfee Station (currently on the Talmage-Mayo Road). According to local history, the home was “modeled after the family home in Curmagh, Ireland.” This house was built in the early 1790s.