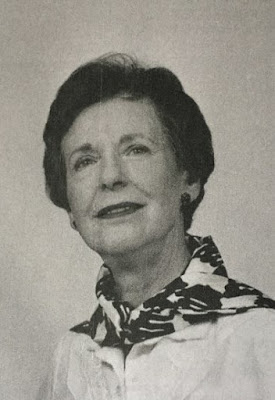 Photo from Images of America: Harrodsburg
Mary Clarence Chelf Jones was the daughter of Frances and Mary Clarence Norris Chelf. She began a musical career at a young age and developed a love of the arts. She attended Georgetown College and had a Master's Degree at Cincinnati Conservatory. She was a solo singer with the St. George Episcopal Church choir in New York City, and also sang at New York's Time Hall and Carnegie Hall.She spent summers teaching at the National Music Camp in Interlochen, Michigan. She taught voice at the Interlochen Arts Academy for twelve years before moving back to Harrodsburg in 1982. Her dream was to start a community theatre. Encouraged by the success of the local production of "Annie Get Your Gun" in 1983, she formed the Ragged Edge Theater Klub. The name was later changed to the Ragged Edge Community Theatre. Jones dedicated the rest of her life to the Harrodsburg community.
at March 01, 2021