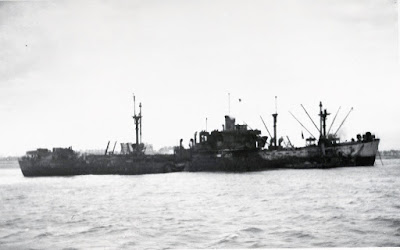 When I began researching James Harrod and Old Fort Harrod almost five years ago, in addition to finally being able to tell Harrodsburg's early history, I had two artifacts I was desperately looking for. As of yesterday, both have finally been found!

The first item I was searching for was a photo of the SS James Harrod, a World War II Liberty Ship built-in 1943. The SS James Harrod was 441 feet long and 56 feet wide and on January 16, 1945, collided with the SS Raymond B. Stevens and burned in the North Sea. According to a memorial in New Deal:

"It was in the early hours of the 16th of January 1945, that the SS James Harrod anchored up for an overnight stop in the waters of the English Channel. There was a very strong tide and the anchor could not hold the bottom, setting it on a collision course with the liberty ship SS Raymond B. Stevens. Both were carrying dangerous cargo for the war effort. The Harrod was carrying thousands of containers of fuel which ignited on impact killing four navy armed guards. The ship burned for a few days before it ran aground off Deal in Kent."

I finally was provided with the above photo of the SS James Harrod, courtesy of the SS John W. Brown Memorial, this summer. 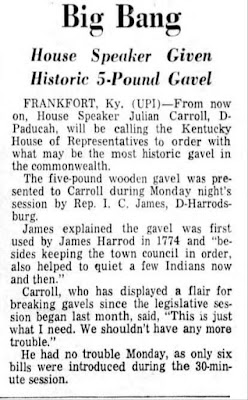 Photo of Harrodsburg Herald article, January 30, 1968
The second item I was searching for was the James Harrod gavel, given to then Kentucky Speaker of the House Julian Carroll from then Kentucky Representative I. C. James. After a two year search, the gavel was returned to Harrodsburg yesterday, just in time for the Sestercentennial. 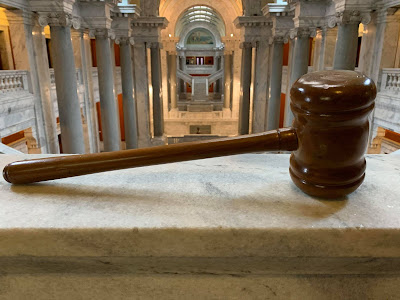