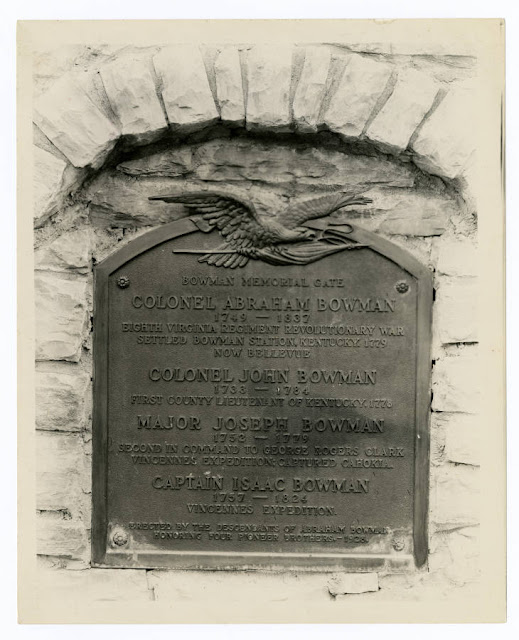 Photo from the Kentucky Historical Society
I am in search of information regarding the Bowman Memorial Gate on the north side of Old Fort Harrod. It was commissioned in honor of four pioneer brothers from the Bowman family. The Bowman brothers were excellent horsemen and became known as the "Four Centaurs of Cedar Creek"  This plaque was erected in 1928 by Descendants of Abraham Bowman.
In 1779, Col. John Bowman erected a small fort at Bowman Station and by the fall of 1779, over 30 families had settled there. This fortified Bowman Station was located six miles east of Harrodsburg near the Dix River in Burgin.
Colonel Abraham Bowman1749 ~ 1837Eighth Virginia Regiment Revolutionary WarSettled Bowman Station, Kentucky, 1779Now Bellevue