The Birthplace of Kentucky - The Search for Salt 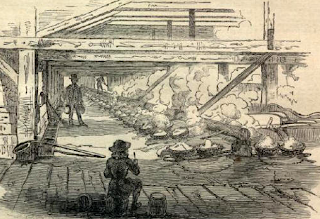 Operations before and after the Civil War involved boiling brine to reveal the salt.
Photo from Harper's Weekly