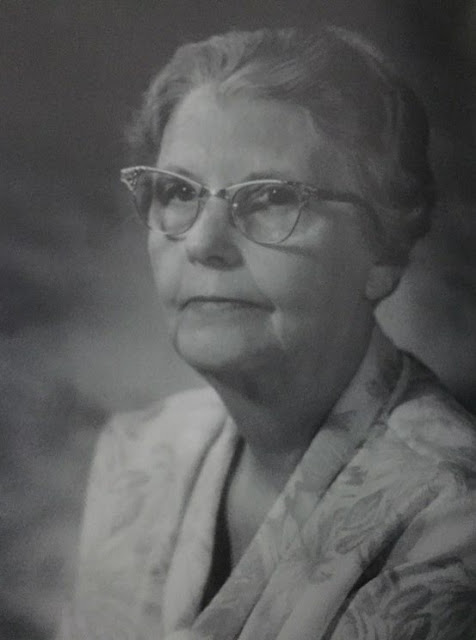 Anna Elliott Bohon was born on January 7, 1893 in Pike County, Kentucky and was educated at Pikeville Collegiate Institute, now Pikeville College. Her nursing education was at Dr. Hall’s Hospital School of Nursing, Cincinnati, Ohio. She did graduate work at Cincinnati General Hospital in children’s diseases. She studied and received a certificate in the technique of radiology from Hunter College of the City of New York. She did work at Post Graduate Hospital and Medical College in Chicago, took post graduate courses at Nazareth College, Louisville and City Hospital in Louisville, as well as other short studies at various institutes on X-ray technique, anesthesia, Red Cross staff aid service and operating problems of small hospitals.

Anna Elliott served in the Barrow Hospital Unit from Lexington, Kentucky in England during World War I and later with the Red Cross camp hospital in France.

She was Chairman of the Harrodsburg hospital board from 1940 to 1964 and was one of the leading forces in raising the money and making the plans for the building of the present James B. Haggin Memorial Hospital, now owned by Ephraim McDowell Regional Medical Center.

Mrs. Bohon helped organize the local Red Cross Blood Bank and was active in volunteer work there. Honors she received are: Harrodsburg Woman of the Year – 1950; Outstanding Club Woman of Kentucky, 1949-1950; Mercer County Citizen chosen by Harrodsburg Rotary Club – 1965; Memorial garden and new wing of James B. Haggin Hospital named in her honor – 1964; Woman of Achievement in the Community chosen by the Harrodsburg Business and Professional Women’s Club 1976; and Community Leader of America in 1969 edition of Community Leaders of America.

Anna Elliott Bohon, truly an outstanding woman of service to her community. The Anna Elliott Bohon Women's Club was organized in 1990 and is a philanthropic organization dedicated to serving the women and girls of Mercer County.