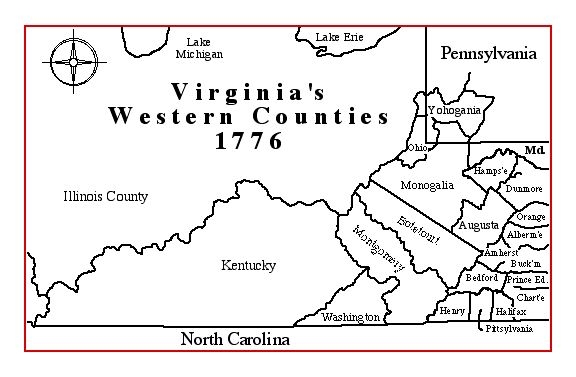 Photo from Kentucky Secretary of State

By late spring 1776, the pioneer population in Kentucky was estimated to be two hundred, and most of these people were in forts at Boonesborough, Harrod’s Town, and Logan’s Station. The area north of the Kentucky River had been abandoned.

During summer 1776 Kentucky County was formed and Harrod’s Fort became an organized body with laws enacted for its government. It became the first capitol of this vast and interesting territory. It gathered men of ability, energy, and determination whose lives were useful to their associates and a blessing to those who came after them. They not only served their own locality well, but did heroic service in behalf of their common country.

By June 1776, James Harrod’s truce with Richard Henderson abruptly ended and Harrod became an outspoken opponent of the Transylvania Company. He gained followers at the other stations. Jack Gabriel Jones joined Harrod in leading the second revolt. He was a lawyer and son of a prominent Virginia family and his abilities complemented with Harrod’s own natural leadership and charismatic abilities. Jones easily matched the Transylvania lawyers with elegant and rational arguments and knowledge of legislative methods. Later, more help came from George Rogers Clark who had a deep interest in Kentucky.

It was decided Kentucky needed to have its own delegates to assure a fair hearing. Harrod called a gathering to elect delegates to represent them in the General Assembly and to ask for separation from Fincastle County. Harrod also wanted to stop Henderson and his Cherokee land purchase, which would beat the pioneers out of their legal rights.  Clark and Jones were elected as the delegates. The two were instructed by Harrod to appeal to Virginia to overthrow Transylvania and incorporate the country under her own government.

Harrod helped the men formulate the document as a defense of their land claims, based on bounty warrants granted by Governor Dunmore and on regular prior-occupancy laws of the colony. They claimed Henderson’s purchases were illegal on grounds Virginia had rights to it under their charter. They stated her citizens had “fought and bled for it”, and that had it not been for the defeat of the Shawnee at the Battle of Point Pleasant, the region would still be uninhabitable. In conclusion they asked that their delegates be recognized, stating they had already elected a committee of 21 men to maintain district order.

Harrod also petitioned for recognition of the new committee and drew attention to the impracticality of having only two delegates to sufficiently represent Fincastle County. He argued it was illogical to allow the colonist to remain impartial, since a group from North Carolina was also formulating a challenge to Virginia charter rights. Harrod knew Kentucky needed help and quickly because the overwhelmed frontier settlements were almost out of gunpowder. They also needed to settle the question of Virginia jurisdiction in order to hope for any future assistance the government. 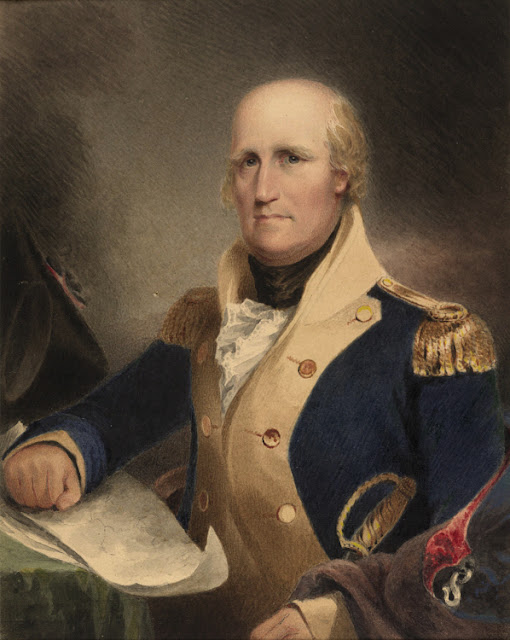 When Clark and Jones arrived in Virginia, Clark visited the new Virginia governor, Patrick Henry, to secure his backing for the Harrod’s Town cause. Clark appeared before the Council at Williamsburg with a letter from Governor Henry, making the executive council aware of Kentucky’s shaky position and officially informing them of his support. Clark ran into opposition from several peers who did not approve of frontier expansion. After much debate and arguing that the western settlements could not survive without gunpowder, the proposal was accepted and Clark was granted five hundred pounds of gunpowder.

On August 23, 1776, the powder was sent to Fort Pitt in Pittsburgh. Clark sent a letter to Harrod to tell him to send a party to Fort Pitt to bring the powder home. Little did Clark know, but Harrod never received the letter.

With the help of Thomas Jefferson, Clark and Jones were able to bring out their bill and after a month of arguing and closed door maneuvers, the bill passed the House and the Senate on December 31, 1776. The legislature created Kentucky County. With the creation of Kentucky County, the territory was called “the political birth of Kentucky” and George Rogers Clark the “Founder of the Commonwealth.”

Clark and Jones finished their business in Virginia and prepared to return to Kentucky, but when a messenger from Fort Pitt reported that Harrod had not sent men to get the five hundred pounds of powder, their plans changed. Clark knew those twenty-five kegs of gun powder were vital to Kentucky’s defense, so they set out toward Pittsburg. Once at Fort Pitt, the pair recruited a small group of men to assist them in transporting the black powder down the Ohio and then up the Kentucky River to Fort Harrod.

Unfortunately, Clark’s every move was being shrewdly watched and evaluated by British and Indian enemies, but he was not to be manipulated. Clark and his men slipped out of Fort Pitt in the middle of the night and silently started their long trip down the half-frozen Ohio River with five hundred pounds of high quality, rifle-grade gunpowder. They quickly made their way down the big river, with the success or failure of Kentucky resting squarely on their shoulders.  Clark and his companions were forced to move between numerous bands of angry Indian war parties. Unwilling to run the risk of losing his cargo, he buried the powder in several spots and continued downstream for a few miles before abandoning the boats and setting them adrift as a decoy.

Clark headed off to the nearest settlement, McClelland’s Station and sent a messenger to Harrod’s Town explaining what had happened and asking for a party to retrieve the gunpowder. Then Clark left to meet up with Harrod to recover the gunpowder.

James Harrod and about twenty others left Harrodsburg on the second of January 1777, to recover the powder. Within a short time and without incident, the men reclaimed the powder and returned to Fort Harrod. The brave settlers of Fort Harrod come through to save the day, retrieving the gunpowder and bringing it safely back to the fort through miles and miles of unfriendly, Indian wilderness.

Once at Fort Harrod, the powder was divided and quickly distributed to the many struggling Kentucky forts and stations. This important event saved the country because now the settlers  could now defend the forts and hunt for food.  There were now one hundred and fifty men fit for active duty and forty families split between Harrodsburg and Boonesborough.

When Virginia created Kentucky County on December 31, 1776, Harrod’s Town was selected the county seat. Fort Harrod became a stockade stronghold for the pioneer families until they could settle on lands of their own and proved refuge for the settlers when Native Americans were raiding.  Many famous pioneers occupied the fort at some time during its eventful years. This was also the time that Benjamin Logan pushed his settlers to complete the stockade at Logan’s Station.