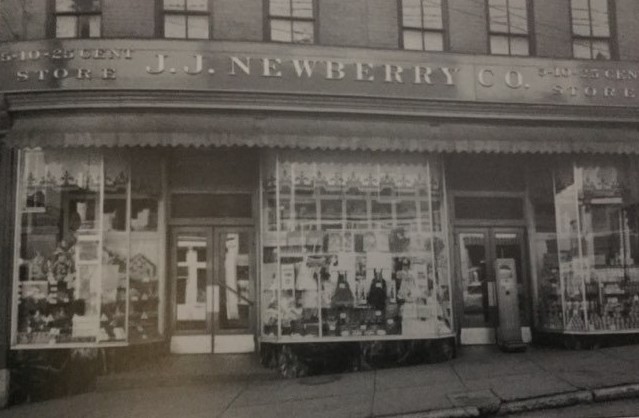 The circa 1950 photograph above was the home of J. J. Newberry 5-10-25 Cent store.  The store was owned by Jerry Newby and remained in operation from 1936 – 1975.  Three large window fronts were changed often to display new and modern items. This was THE place to buy almost anything you needed in Harrodsburg.  I remember buying my Trixie Belden Mystery books there, as well as my first embroidery equipment.  In 1976, the store began to decrease inventory until it only carried furniture and appliances.  It became known as the Discount House, though still owned by Jerry Newby. 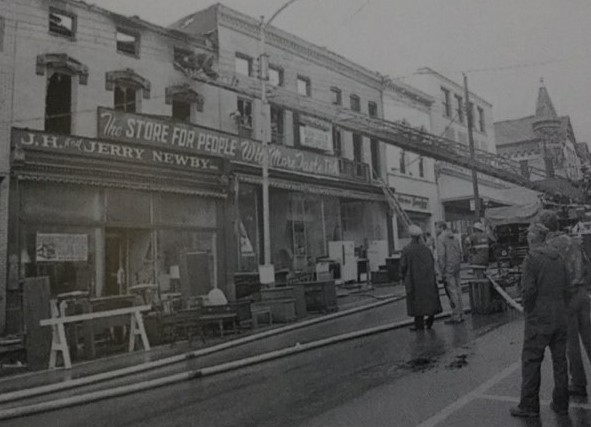 Unfortunately, the store burned down in 1989, as seen in the above photograph.  Firemen worked hard to save the building, while protecting nearby stores. They did manage to pull some furniture and appliances out, but the building was a total loss.