Who Was James Harrod 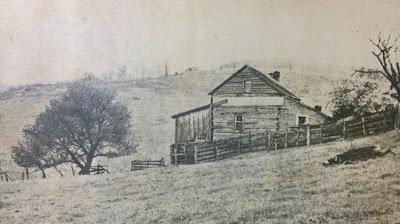 Harrod’s Early Life
Very little is known about James Harrod’s parents. His father, John, came from England to Virginia about 1734, probably in search of a better life for himself, wife Caroline Downey and two young sons, John Jr. and Thomas. It was a hard life and Harrod’s father soon became a young widower, when Native Americans came and burned their home and Caroline was killed. Thankfully, the two young boys were rescued by neighbors.

John Harrod knew he needed to find a new wife to care for his sons, so he moved to the Shenandoah Valley and soon married Sarah Moore. The couple went on to have four sons and six daughters:


After the birth of Samuel, the family moved to the Big Cove in present day Bedford County, Pennsylvania.

When James Harrod was born in Bedford County, there was no United States. His actual year of birth is disputed, with numerous sources listing his birth year anywhere from 1742 to 1746. One source states James was twelve years old when his father died in 1754, but another states he was not quite ten years old. Several historians have recorded Harrod was only about fourteen years old when he fought in several battles of the French and Indian War before it ended in 1763. The most accurate accountings of James Harrod’s birth believe 1746 as his actual birth year.

No matter his actual birth year, by the time James was ten years old, he was already a skilled woodsman, particularly adept at hunting, trapping, and fishing. His skill with a rifle was particularly noteworthy.

During the spring of 1767, James Harrod ventured into the area now known as Illinois to join his brother Samuel in the fur trade. James and Samuel Harrod came to the Bluegrass Region of Kentucky in search of furs. They explored the headwaters of the Pigeon River, the current day Salt River, in what is now Mercer County. When they returned to their homes in the Pennsylvania border country, they were enthusiastic about the possibility of claiming land in the new territory, which was then part of Virginia. The Salt River of north-central Kentucky is the commonwealth’s fifth largest watershed and was once a primary supplier of salt for the region.

In 1772 James accompanied his brother, William, to Tenmile Creek where his mother and remaining siblings had relocated. By now Harrod, like Daniel Boone, had attained a wide reputation on the border as an adept backwoodsman, and he helped his brother settle on Tenmile Creek. On his return trip home, Harrod followed the north bank of the Ohio and made friends with the Delaware Indians.

He shared their huts and food when on hunting trips into Kentucky. Despite his early experiences with the Indians during the war, Harrod never developed a hatred of them. He established a reputation of generosity, often using his hunting skills to provide food for those less skilled than himself.

While in the Bluegrass area, James also lived among French traders and learned to speak their language. They carried the furs down the Mississippi River to New Orleans because the gulf port prices were better, even though British orders were to take cargo to Fort Pitt. From there he traveled into the areas that form present-day Kentucky and Tennessee. 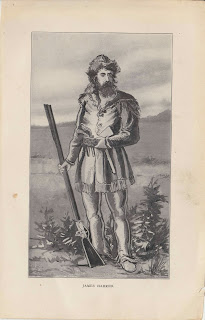