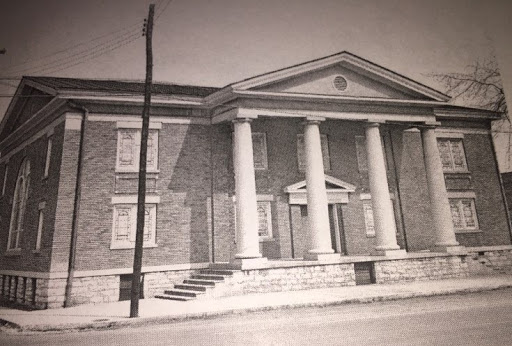 St. Peter African Methodist Episcopal (AME) Church was built in 1917 and the cost of $25,000 gave the congregation a lot of church for their money.  The first opportunity for public worship that the African American Methodists had in this community dates back to 1839 when slaves built their first church on a lot purchased for $1.00 (where Nat Wilson’s Undertaking Establishment was on the corner of North Greenville and East Broadway).

The congregation stayed 19 years there, until 1858, when they moved to a larger site on the corner of East Broadway and East Streets.  While at this location, they founded in 1885, the Wayman Institute to provide higher education for the local black children.  After 59 years, this second church was condemned and, in 1917, the congregation began this third church on the corner of West Lexington and College Streets.  Church members hauled rock for the foundation and helped with construction whenever needed.  The congregation has been led by some of the most prominent ministers in the Kentucky conference. 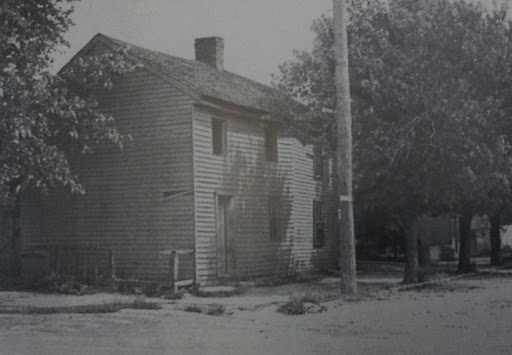 This photograph dates from around the turn of the century and shows what the site of St. Peter AME Church looked like then.  This corner of West Lexington and College Streets, so close to Fort Harrod, is rich in history.  This house, known as the Askew house, is said to have enclosed a log structure, of the “lottery cabins” thrown up by James Harrod and his men in 1774.  These cabins were built quickly to establish the pioneer’s claim on the best land.  Many of the cabins were later “Improved” by the addition of siding and extra rooms, as was the house.  In 1840, Professor Eyre Askew is listed in the census as a schoolteacher with 30 students, which he taught at this site for a time.  When the house was torn down in 1917, St. Peter AME bought the lot for their new church and donated three of its historic logs to replace rotted logs in the cabin housed in the Lincoln Marriage Temple at Old Fort Harrod State Park.