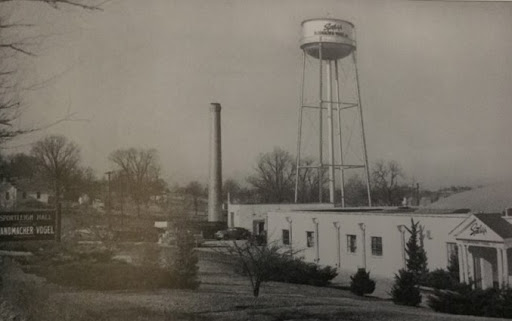 This 1951 photograph shows Sportleigh Hall, a manufacturer of women’s clothing and Harrodsburg’s largest employer of local labor at that time, with close to 450 workers.  It was formerly owned by Fred Weissman from 1940 to 1950, who made a success of the factory was himself an asset to the community by making a donation for furnishings to the new Mercer General Hospital.  He left Harrodsburg in 1950 after a dispute over whether a new and similar industry should be encouraged to locate here.  The Mercer Chamber of Commerce was formed out of this dispute.  A long row of presses for shirts and coats is shown in the photograph at the bottom. 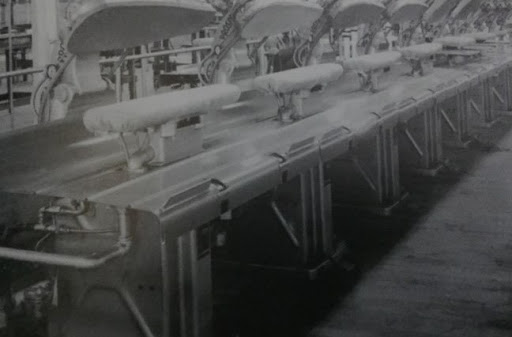 Photo from the Armstrong Archives
Fred P. Weisman Company bought the factory in July 1950 and they decided to keep the Sportleigh name. By June 1953, there was a major workers' strike at the plant - the workers finally returned to work almost two weeks later. In November 1956, Sportleigh Hall announced a closing and 300 jobs would be lost. However, by May 1957, Sportleigh Hall was saved when Cricketeer, Inc. bought the plant and stated they would hire 350 to 400 people, mostly locals. 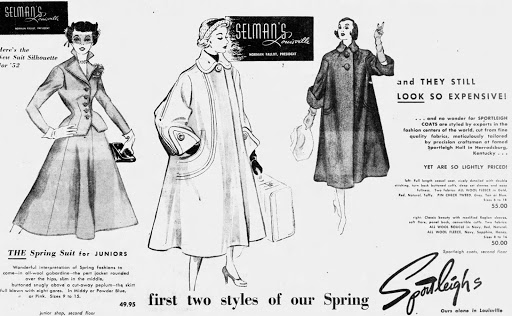 Advertisement from the Courier-Journal, January 1952
Captured from Newspapers+ 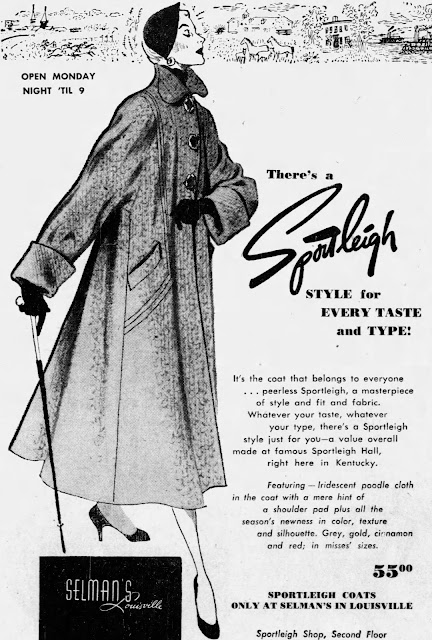 Advertisement from the Courier-Journal, October 1952
Captured from Newspapers+ 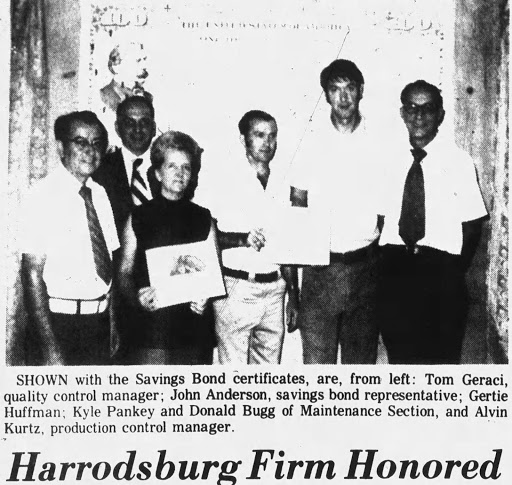