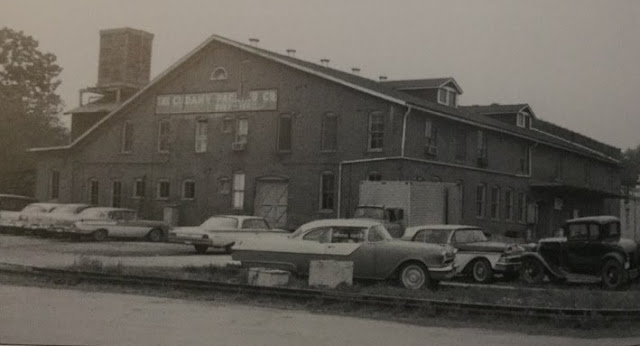 The Harrodsburg Cudahy Plant, which opened in 1942, was one of 25 Cudahy’s in the United States.  Its products were shipped to sales centers all over the country.  The local plant made cheese, butter, ice cream, and ice and bought milk and eggs from local farmers.  You could buy 25 or 50 pound blocks of ice to take home and store.

In 1958 a fire swept though the Cudahy and destroyed approximately half the plant. A skeleton crew produced cheese while the damage was repaired and rebuilt. In 1977, a 50,000 gallon capacity silo which doubled the factory's production. At the time of this addition, Cudahy was the oldest industry in Harrodsburg. Cudahy purchased milk from 18 surrounding counties, with a large supply from Mercer County. In 1981, Cudahy was sold to Dairy Incorporated of Louisville