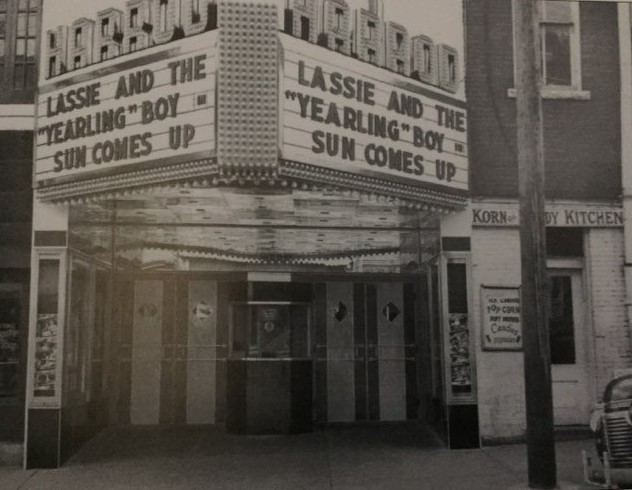 The above photograph from the 1940s shows the Harrod Theatre, which had its grand opening in 1940 and operated until 1973. The movie title on its Art Deco marquee was a 1939 release. The theatre boasted four restrooms, a lobby and a lounge, a balcony, and seats arranged to provide unobstructed views of the screen.

During its 33 years in business, the Harrod Theatre provided both town and county folks with a variety of entertainment in the form of movies and live musical stage shows. By 1973, downtown movie theatres were becoming a part of the past as cinemas with large parking lots were opening. The marquee was removed, and the space was used for various business. In 1982, Mary Clarence Chelf Jones had returned to her hometown of Harrodsburg after a career teaching voice at the Interochen Arts School in Michigan Her dream was to start a community theatre. Encouraged by the success of a local production of Annie Get Your Gun in 1983, she formed the Ragged Edge Theatre Klub, now known as the Ragged Edge Community Theatre. 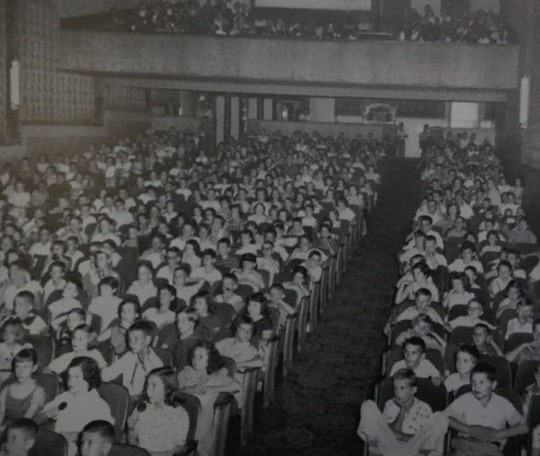 Photo from the Armstrong Archives
This amazing photograph from the 1950s shows the theatre literally packed shoulder-to-shoulder for a Saturday matinee, which was the most popular form of entertainment available for children then. The price was right: between $.50 and $.75, depending on the ticket buyer’s age. The popcorn was good, and the Saturday movie was always a popular Western or comedy.
at August 07, 2020