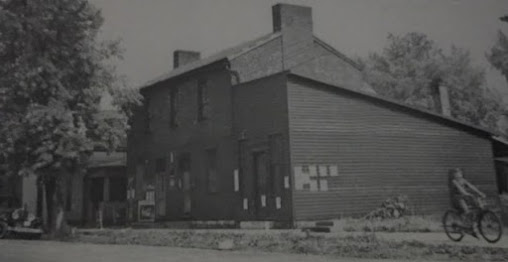 This building on the south-side block of Broadway Street between Main and Chiles Streets was once the location of several longtime landmarks. This 1930s photograph shows the two-story brick building that was Doneghi Tavern in the mid-1800s. According to a newspaper report, the Irish “turnpikers” who were building a section of road nearby entertained in a “vigorous style” on Saturday nights, often staging fights among themselves, as was the tradition among many early construction gangs. This historic Harrodsburg building was razed in 1938.