Arcade Livery or The Big Stable 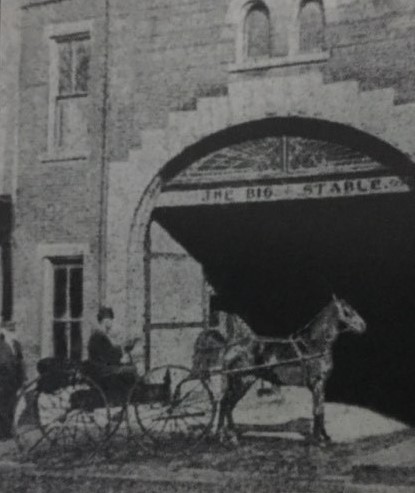 The Arcade Livery, or Big Stable as it was also called, is pictured above at the turn of the century.  The Harrodsburg Democrat of 1890 says:  “Erected by R. E. Coleman in 1884, this well-equipped brick livery style is double-decked with inclined driveway.  The stable extends from Main to Greenville Streets and "is large and roomy and equipped with cribs, mows, stalls, water works, electric lights and ladies parlor.”  Another article written in 1885 called the Arcade “the largest, most commodious, and the best equipped stable in Kentucky.  Its stock consists of drummers’ wagons, buggies, road carts, omnibuses, landaus, phaetons, and surries.  Together with the best of horses.  Prices are as low as the lowest.” 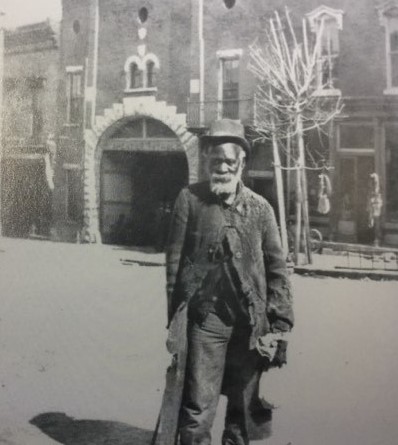 Photo from the Armstrong Archives
This photograph was taken by William H. Reed, a local businessman whose hobby was photography and was labeled “Mr. Willis Slaughter, March 1896.”  The Arcade Stable is seen in the background. 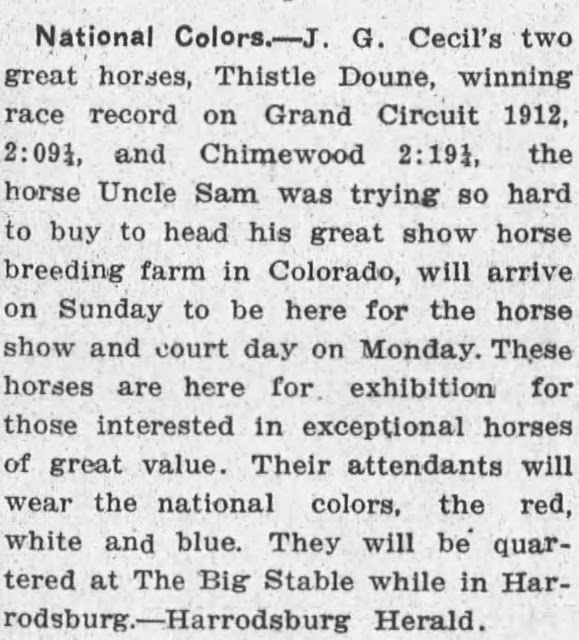 Two famous horses stayed at The Big Stable in April 1913
Captured from Newspapers+
at August 25, 2020