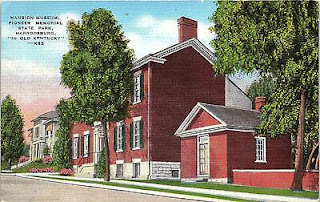 The Mansion Museum was built in 1813 with an addition in 1836.The oldest part of the home is believed to have been built by Mr. Felix Matheny, a local potter, for the family of Major James Taylor. Residents of early Harrodsburg claim to have found pieces of old pottery on the grounds when excavating to reconstruct the fort. The bricks were made on the premises and laid in Flemish bond where every alternate brick is put in endwise; these walls tend to endure forever. 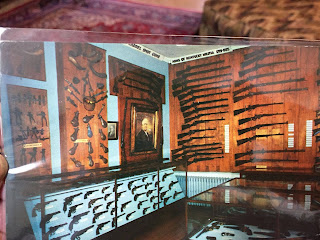 The handsome interior of the Mansion Museum is finished in old colonial style and is in keeping with the tradition of one of Mercer's oldest and best families. James Taylor was for many years, a leading lawyer and spirited public citizen of Harrodsburg. His father was Samuel Taylor, prominent in the early history of the county, who in 1790 built, near Pleasant Hill, a stone house which is one of the most historic homes of Mercer County. 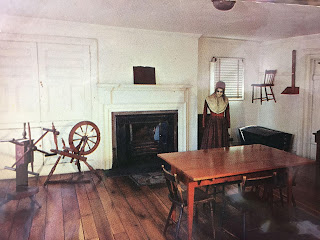 The house remained in the family for 95 years until one family member, Irene Moore, sold it to the Pioneer Memorial Association in 1925. Moore also sold the association the land that currently holds the fort replica. The Mansion Museum was dedicated on November 27, 1931, by Governor Flem D. Sampson to the Pioneer Memorial Association of Harrodsburg in tribute for their great service in creating the park for the preservation of Kentucky history. 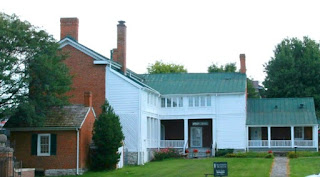 The Mansion Museum contains pioneer books, documents, musical instruments, and tools. Some of the many interest things in the miscellaneous portion are briefly outlines because there is an impression among those who have not seen this acquisition that it consists exclusively of guns and other implements of war. 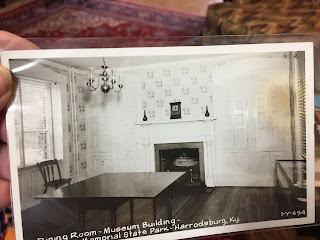 Through the years minor changes in the location of some of the articles in the Mansion Museum have been made to improve the exhibits and the old house had undergone several major renovations since 1948, but all the changes have involved preservation of the structure and improved presentation of the exhibits.