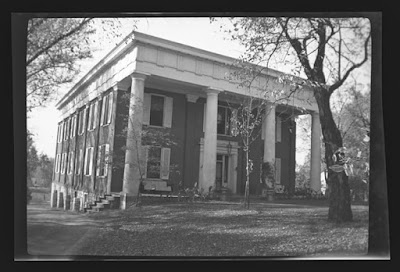 Historic photo of The Academy, located on the property of the United Presbyterian Church located on South Main Street. 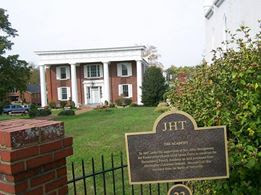 In 1847, the church built the brick Greek revival building on the south side of the church to house its Harrodsburg Female College of which the pastor was the principal. In 1883, this building was sold to private individuals. It was operated as Hogsett Academy for boys, then the Harrodsburg Academy for boys and girls until the public high school was built. The church re-purchased the property in 1961 and operates it as apartments under the name of “The Academy”. Structurally, this building remains very true to its original condition. 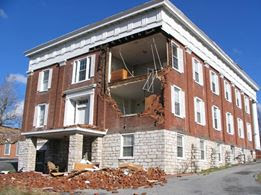