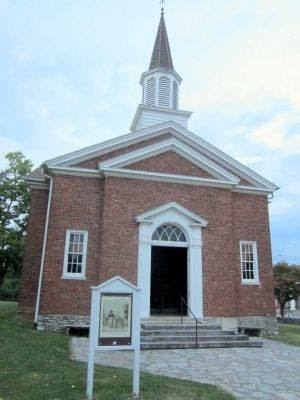 Building and dedication of the brick Temple built around the Lincoln Marriage Cabin at Old Fort Harrod State Park (then still Pioneer Memorial State Park) in 1931. 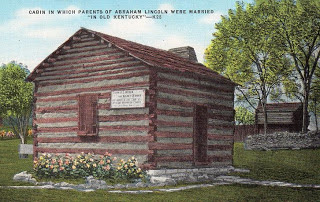 The Lincoln Marriage Temple houses the historic little log cabin, built in 1782, in which the parents of Abraham Lincoln, Thomas Lincoln and Nancy Hanks, were married. This wedding took place June 12, 1806 in the log cabin of Richard Berry in the small community of Beechland near Springfield in Washington County, Kentucky. 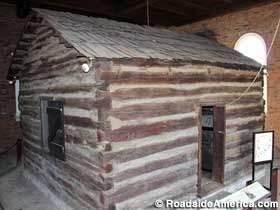 In 1911, W. A. Clements, the owner of the logs that composed the structure in which this historic event took place, presented then as a gift to the Harrodsburg Historical Society. Under James Isenberg’s leadership, the society moved the cabin’s logs to Harrodsburg and reconstituted this rustic structure near the historic Pioneer Cemetery at a cost of $261.27. 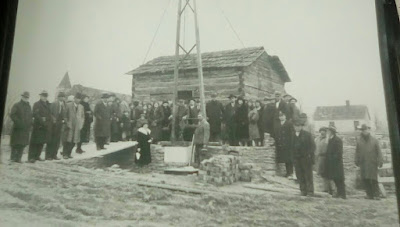 In 1931, Mrs. Edmund B. Hall of Muncie, Indiana, donated the money needed to build a temple to enclose the cabin and protect it from the elements. The cabin was disassembled again and moved to its current location. The brick Temple was patterned after the Lulbegrud Church, founded in 1799, near Mt. Sterling. The architect was Frederick L. Morgan of Louisville.

On June 12, 1931, Isenberg used the occasion of the 125th anniversary of the wedding of Thomas Lincoln and Nancy Hanks to celebrate the opening of the Lincoln Marriage Temple. 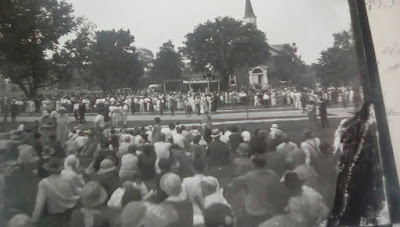